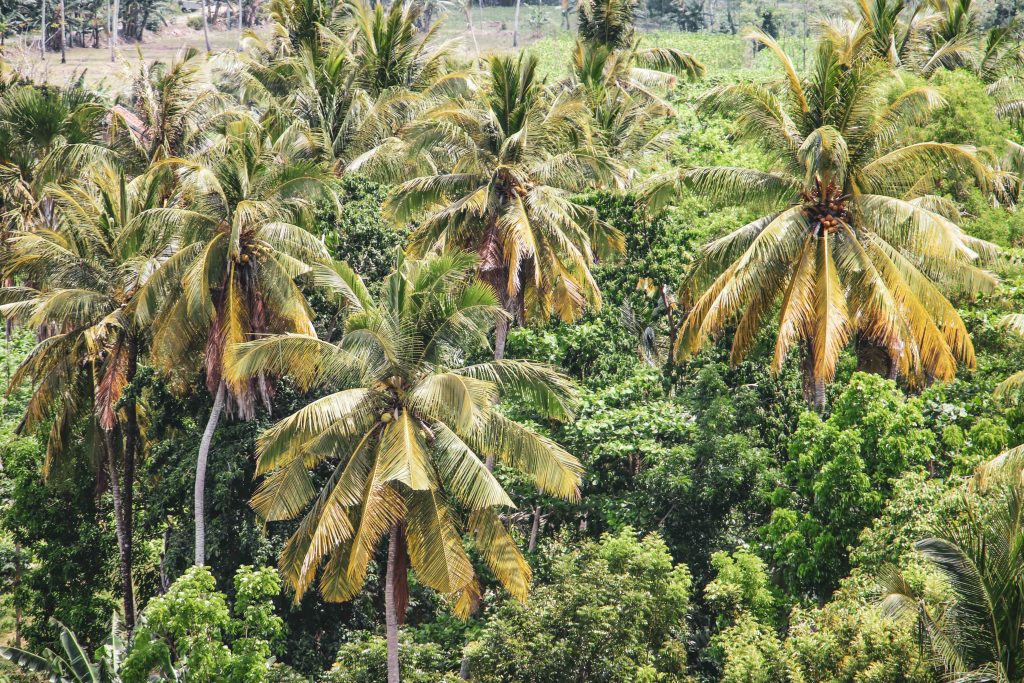 Ni Wayan Supadmi (Yanami juan) born in Sukawati, October 15, 1977, has an educational background as a midwife and works as a civil servant in the health sector. She is a watercolour painter by taking the same object from time to time, namely “the world of flowers”.

May 3, 2021 Anton Lombok Artisans No comments yet 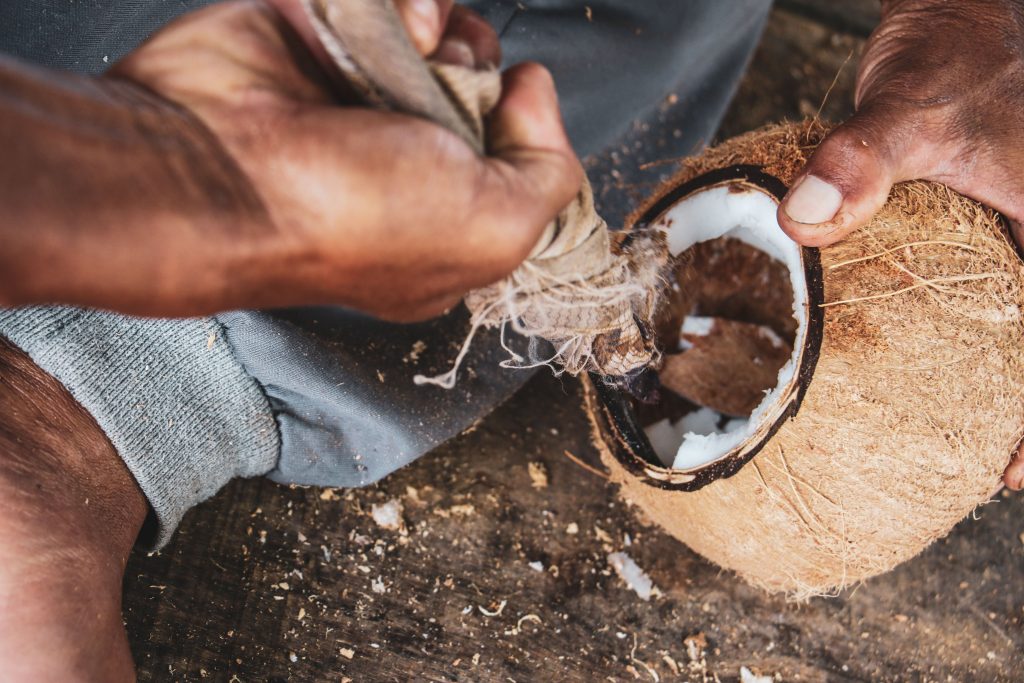 In August 2018, strong earthquakes hit Lombok Island. Many people were killed, thousands of them injured, more than half a million people lost their households, workplaces, and shelters. During these difficult times, people around the world sent help for the earthquakes’ victims. People started to reorganize their life, focusing on what’s most important – trying to get back to the ‘normal’ life. And that’s when the Coconesia story started.  With everything around us tearn down, only coconuts were standing high and proudly and inspired to start from them.

May 3, 2021 Anton Lombok Artisans No comments yet 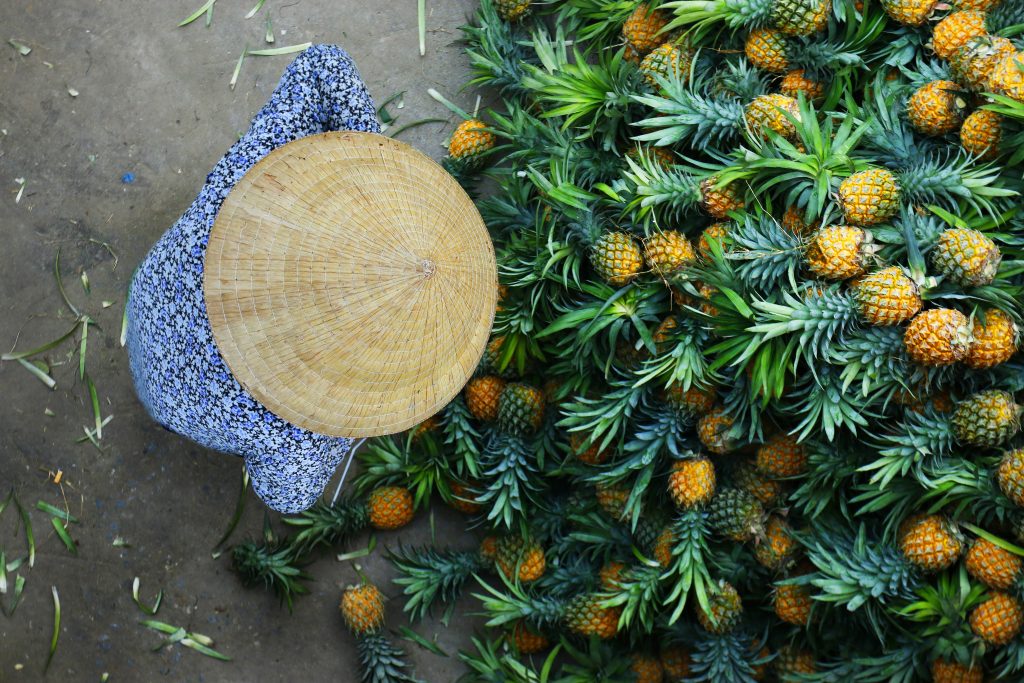 Pinalo means Pineapple of Lombok and is a brand that gives local pineapple farmers an opportunity for a new economy by harvesting pineapple leafs, scraping them and taking fibers out. Fibers are then processed through washing ,drying and spinning into yearns and are ready to be weaved into fabric. 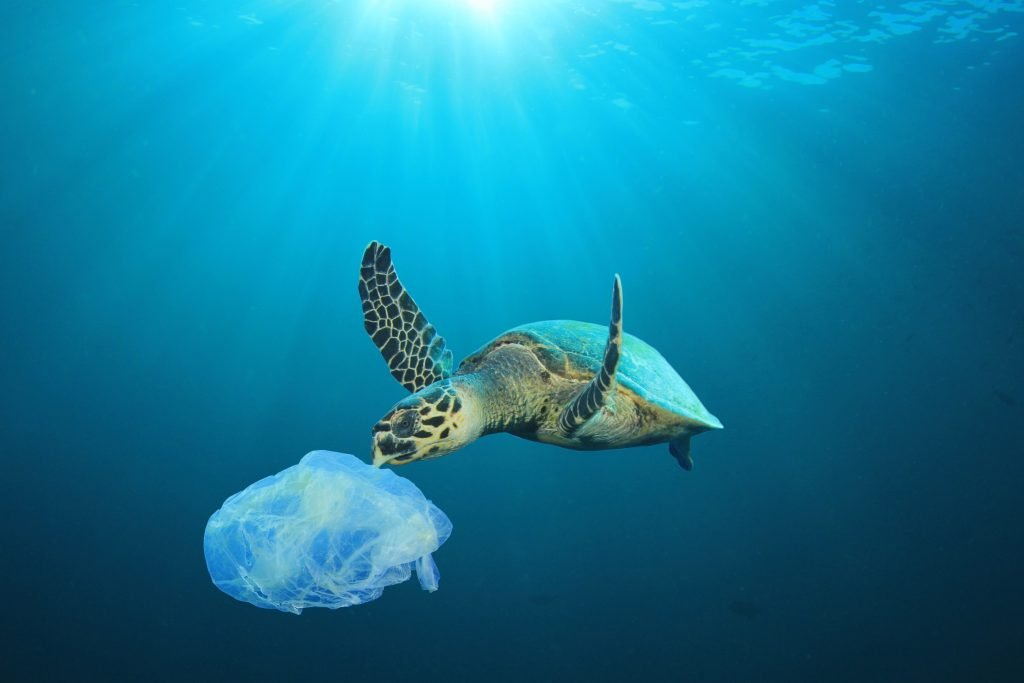 Vividerm started when Iwin Insani learned about coral bleaching caused by sunscreen products in 2018. She read a report that stated in the past 30 years we have lost 50% of the world’s ocean coral and toxic chemicals from many sunscreens is a contributing factor to the demise of our oceans coral ecosystem. Being very close to the ocean by heart, Iwin knew she wanted to make a difference.

Let's get in touch

Give us a call or drop by anytime, we endeavour to answer all enquiries within 24 hours on business days.

We are always on the lookout for sustainable and eco projects for collaboration and to scale impact to local communities across Lombok island and beyond.   Send us a WhatsApp or a message below and we will get back to you soonest!
info@selofootprints.org
Sign up to our Newsletter for the latest updates and offers